Have you heard of the “elimination diet”? This is a diet which seeks to eliminate certain foods, in order to feel better. An increasing number of people are doing it, but how much do you know about it?

The truth is that research shows that weight loss, specifically fat loss, reduces chronic inflammation throughout the body. It’s this type of weight loss that is positive but is often misattributed to elimination diets.

If you want to understand the positive effects of weight loss, and visceral fat loss, this article is for you. We’ll discuss what an elimination diet is and how it differs from other diets.

Ultimately, you’ll see why instead of eliminating “harmful” foods from your diet, you can reposition your purpose to do better for your long-term health. 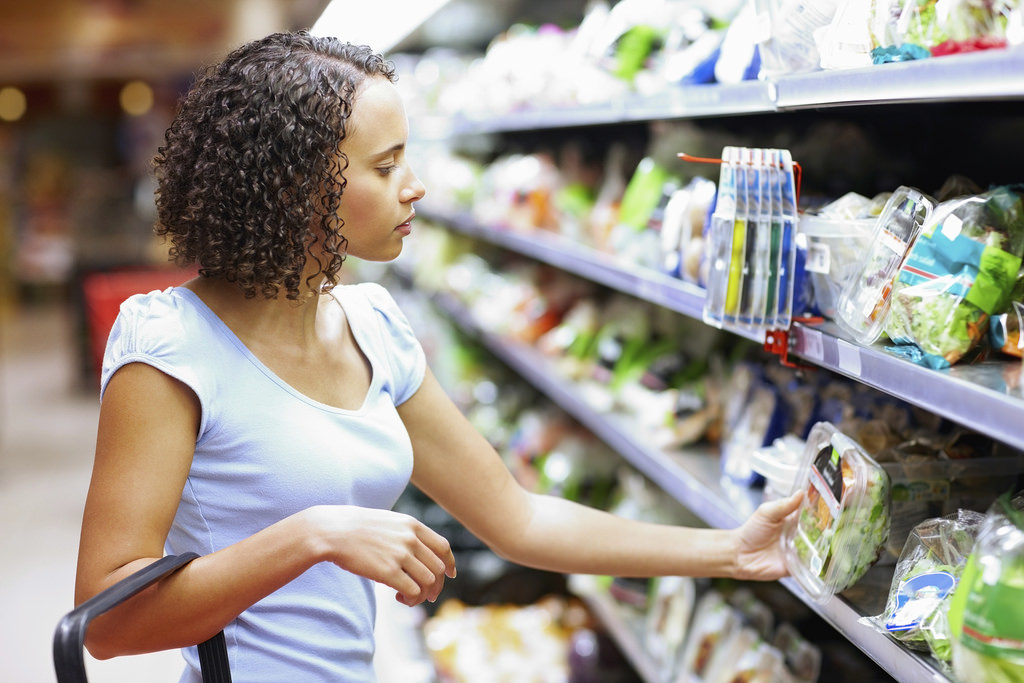 An elimination diet, or food restriction diet, is actually a prescribed eating plan. It is designed to improve overall health by eliminating specific foods.

These are foods thought to contribute to specific health conditions, such as:

Key Insight: The goal of an elimination diet is to identify and eliminate specific food(s). These are foods that cause your body to send out inflammatory responses that result in a number of serious health issues.

These foods account for over 90% of the food allergy reactions. Also, they are thought to contribute to several of the symptoms associated with serious health conditions. These include:

Here’s the thing about “bad” foods. Nearly all the benefits of removing them can be realized through a reduction in one thing: harmful body fat. More specifically, visceral fat and organ fat.

Visceral fat, or deep fat, is different than typical “subcutaneous” fat (the fat typically stored underneath the skin and typically known as belly fat or body fat).

It is a form of body fat consisting of gel-like white adipose tissue. Most commonly, it is stored deep in the abdominal cavity.

Visceral fat builds up in the arteries and actually wraps itself around several vital organs, including the:

This white adipose tissue, or visceral fat, is so much more dangerous than traditional body fat. That’s because it changes the way these organs function.
It does this by releasing adipokines. These are hormones that communicate with the organs and causes increased levels of inflammation.

Adipokines are actually involved in a yin-yang balance,1 meaning they can provide substantial benefits, like:

However, when present in excess and released in large volume as a result of too much visceral fat, adipokines have been implicated as a major contributor to several unwanted health conditions. These could include (but are not limited to):2

The good news is that weight loss, and specifically visceral fat loss, is effective in reducing inflammation in the body.

In fact, it improves health in ways that people commonly attribute to elimination diets. (Read: How to improve metabolism)

Research demonstrates that reducing adipokines through weight loss has effects that are very similar to those observed through food restriction.

Bottom Line: Both elimination diets and visceral fat loss result in significant reduction in the release of pro-inflammatory proteins throughout the body. Ultimately, this reduces inflammation and relieves symptoms associated with several health issues.

Here’s an example: A low-calorie diet has been shown to result in a weight loss of 24% (from the baseline weight).3

This type of diet significantly improved:

Autoimmune disorders are conditions that cause your immune system to mistakenly attacks parts of your body.

Mistaking the cells, tissue, or organs as foreign bodies and releasing antibodies that caused inflammation and actually attack healthy cells.

There is a growing body of research linking the secretion of adipokines, released by excess adipose tissue and obesity, to low-grade inflammation.
Ultimately, this results in a number of symptoms related to various autoimmune disorders. This may include inflammatory and rheumatic autoimmune diseases.4

Osteoarthritis (OA) is a degenerative joint disease that causes the cartilage that cushions joint movement to break down. This results in pain and swelling.
Although OA can affect any joint in the body, it is most commonly found in the knees, hips, back and joints of the fingers.

OA has an obvious relationship to obesity. The more weight that’s placed on a joint, the more stressed it becomes. Therefore, the more likely it will wear down, become damaged, and develop arthritis.

It’s not just the extra weight that results in damage to the joint, though. The adipokines created and released by excess visceral fats result in a constant state of inflammation. This influences the development of OA.5

What About Rheumatoid Arthritis?

Rheumatoid arthritis (RA), another form of arthritis, is a chronic inflammatory condition that affects the joints of the body. Unlike OA, RA also affects several organs and body systems, including the eyes, skin, and cardiovascular system.

Roughly 66% of those diagnosed with RA are overweight or obese. This is the same proportion of people in the regular population.

In those suffering from RA, the increased level of body fat creates health issues in addition to the traditional increased risk of diabetes and cardiovascular diseases typically associated with obesity.

Key Insight: Researchers have found the excess fat in people with RA is often centered around the abdomen (known as visceral fat). This further increases the risk of heart disease and insulin resistance by 50% (when compared to those without RA).

These fat cells, or adipocytes, release proteins called cytokines. In excess, these cause constant, low-grade inflammation throughout the body. They are also the same chemicals that influence the development of OA.6

Obesity is a significant risk factor for asthma.

The specific reasons for this correlation remain a mystery to researchers. The thought is, though, that inflammation resulting from changes caused by excess visceral fat contributes to inflammation of the airways and restricted airways in those who are obese or overweight.

Research demonstrates that patterns of airway inflammation in people carrying excess weight and have asthma are reversed when these subjects lose weight as a result of bariatric surgery.7

It is diagnosed in those experiencing six or more months of fatigue and demonstrating between four and six of 8 minor symptoms, including:

Key Insight: Obesity has been correlated with fatigue, sleep problems, and less satisfaction with general health, functioning, and vitality. The CDC estimates, though, that nearly 90% of CFS cases go undiagnosed.8

Recent studies have indicated that CFS is linked to inflammation and is the result of the body’s immune system reacting to perceived infections in the body. This is as a result of cytokines, the cell signaling molecules, being released by adipokines found in visceral fat.9

A number of studies indicate that obesity is associated with poor cognitive performance, cognitive disorder, increased cognitive decline, and dementia.10

Incidences of dementia, including Alzheimer’s disease, continues to steadily increase and appears to have a direct correlation with rising obesity rates.

Currently, nearly 50 million people are affected by dementia; a number that is expected to increase to nearly 80 million over the next decade.

Key Insight: Research has yet to establish the exact connection between obesity and increased risk of cognitive decline. While further research is needed, the likely contributor is systemic and central inflammation. This is related to increased levels of white adipose tissue and visceral fat in the body.

Obesity and Your Brain

This leads to a long-term association between obesity and cognitive function and brain health.11

It is caused by a combination of genetic and environmental factors, including obesity and excess amounts of stored visceral fat.

The incidence rate of IBD has increased over the last twenty years. Researchers attribute this increase in IBD to dietary changes, sedentary lifestyles, and increased obesity rates.

Additional research has demonstrated that weight loss disrupts the development of IBD and other autoimmune conditions.13

Obesity is associated with increased occurrence of migraine headaches.

This increase in adipokines has been attributed to increased risk of migraines and migraine inflammation.

Lower overall levels of total fat-free mass (FFM) have also demonstrated to be a significant contributor to increased risk of migraines in people who are classified as overweight and obese.14

Scientific research has established a direct correlation between depression and increased amounts of visceral fat.

This is especially true in women considered to be obese or overweight.

These studies demonstrate that the presence of increased amounts of visceral fat is an important contributor to depression. It also demonstrates depression’s connection to increased risk of diabetes and cardiovascular disease.

Interestingly, the same studies found no association between depression and the presence of subcutaneous fat – only visceral fat.

Researchers attribute the connection between depression and visceral fat directly to the chemical changes caused by the propensity of excess visceral fat to the increased number of pro-inflammatory proteins secreted into the affected areas of the body.15

This includes fewer symptoms of anxiety and depression. These findings further suggest a strong correlation between body compositions and mood disorder.16

The presence of visceral fat has also been linked to skin breakouts and skin flare-ups, including eczema, psoriasis, and hives.

In expressing these inflammation-induced flare-ups, the skin is typically providing an indication of a health problem elsewhere in the body. This is most often in the area of the gut, stomach, or liver.

In fact, subjects with an elevated body mass index were found to be nearly 10 times more likely to have eczema than those with lower body mass indexes.

These findings have led to the conclusion that obesity is associated with increased prevalence and increased severity of eczema, increased chronic health conditions, greater reliance on health care, and overall poor health.17

Do You Have Psoriasis?

Psoriasis is often considered a result of an autoimmune condition, but it can be triggered by other factors, including metabolic syndrome and obesity.18

Chronic spontaneous urticaria (CSU), more commonly known as hives, is a common skin condition that is often difficult to determine an exact cause.

Recent research has suggested that metabolic syndrome and hyperlipidemia, or high levels of fat in the blood, are more prevalent in people with CSU.

This finding is a clear indication that hives are associated with inflammation caused by visceral fat and more common in people who are overweight or obese.19 (Read: The 7 causes of adrenal stress and how you can end them today)

Eliminating specific foods from your diet may be an effective way to manage food insensitivity and reduce inflammation in the body.

That said, research demonstrates that reducing waist size and visceral fat from the abdominal region has proven to be as effective. Both in terms of alleviating symptoms related to several health issues.

If you would like any support with this, IH would be happy to help. Contact us today to learn more, to schedule a time to meet one of our doctors, and to learn more about what you can do to safeguard your long-term health.

11. “Obesity and cognitive decline: role of inflammation and vascular ….” https://www.ncbi.nlm.nih.gov/pmc/articles/PMC4237034/. 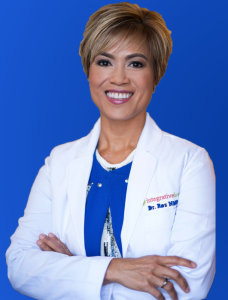