Do You Have Eosinophilic Esophagitis?

Do you have eosinophilic esophagitis? Or, maybe you have suspected you have it? If you think you do, or need to be sure, let me give you a clearer understanding of what it is all about (and what you can do to be sure you have it). 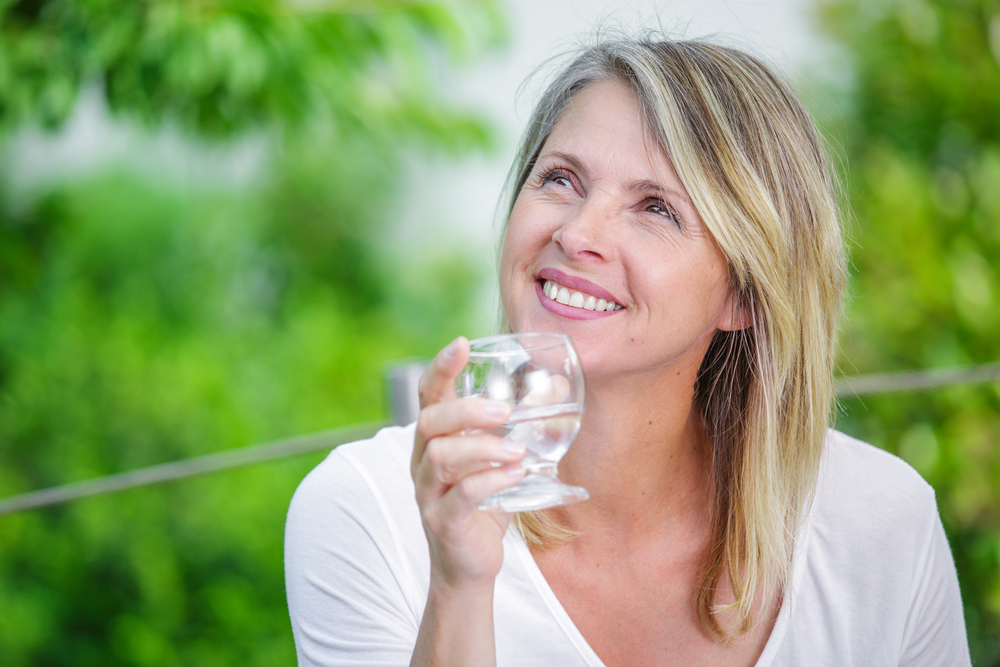 What’s In A Name?

Let’s start with a clear understanding of what is at the core of eosinophilic esophagitis, it may help to simply break things down by name alone:

Bottom Line: Put these two words together and you have inflammation of the esophagus. In that way, medical professionals have come to believe that there is an allergic reaction somewhere in there.

The Key Symptoms of Eosinophilic Esophagitis

First, it helps to really know our way around the major symptoms involved with eosinophilic esophagitis.

One of the classic symptoms is difficulty in swallowing. In cases like these, there is some swelling secondary to inflammation in the esophagus.

That is why it becomes so hard to swallow because there is not as much room. People who have this often find themselves compensating by eating slowly. They may also reduce their intake of solid foods to help cope with the discomfort.

Taking a step further, some folks who deal with this might want to avoid eating socially altogether (because of the two previous points combined).

If they know that even the concept of eating is tricky, they are less likely to do it in the company of others.

Then, we might even see instances of chest pain and heartburn. This is all to say that eosinophilic esophagitis can have a wide-ranging effect on your life and your health.

Further to that point, there are more symptoms we should mention:

How Common Is Eosinophilic Esophagitis?

The big-picture answer will tell you that eosinophilic esophagitis is not common. In fact, it is a rather rare condition.

Those that it does impact, though, can range from children to adults to the elderly. This means that while it might not affect a lot of people it does have a wide range.

Key Insight: Women often find themselves with the short end of the stick when it comes to disease. That said, eosinophilic esophagitis affects more men than women.

It may be on the rise, but the more pressing concern is eosinophilic esophagitis and overdiagnosis.

Bottom Line: What I want to help you with today is getting a really solid understanding of this condition, whether or not you have it, and what you can ensure that you definitely have it (or do not have it) without a shadow of a doubt.

The Case Of Eosinophils

As I mentioned before, eosinophils are normally mediating allergic responses in the body.

In one way or another, allergic reactions to foods seem to be behind a lot of cases of eosinophilic esophagitis (there have also been cases where types of pollens can act as triggers) (Read: The ultimate guide to food intolerances).

When it comes to the immune system, allergies and other immune stressors often go together.

That means that if you are sick or fighting off a mild illness, you are that much more likely to have a bad allergic reaction.

We can see this play out in three distinct ways:

Here is something good to know about eosinophilic esophagitis: There is a lot of good data saying that the disease does not equate to:

Many other conditions concerning the esophagus, like reflux disease, do connect to things like cancer. Thankfully, in the case of eosinophilic esophagitis, we know enough to say that it does not.

Bottom Line: Lots of those who have this condition also suffer from airborne allergies and seasonal asthmatic symptoms, as well. In general, they may be able to see some overlap between the gastrointestinal symptoms and airborne allergies. 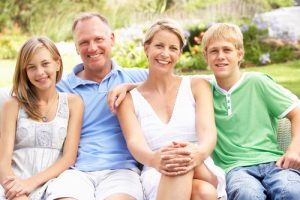 How Do We Diagnose It?

The closest “look alike” to eosinophilic esophagitis is reflux disease.

That is where acid comes from the stomach and begins to scorch the esophagus. As it happens, reflux disease and eosinophilic esophagitis can look very similar.

In many cases, doctors will do a simple clinical trial (with an aggressive dose of an antacid). If you get better, it is more likely reflux disease.

If you did not, then it could be something else (which includes the possibility of eosinophilic esophagitis).

Key Insight: This is not to say that a heavy-duty antacid is a great way to treat reflux disease. It is an easy and effective way to see if symptoms respond.

To properly diagnose eosinophilic esophagitis, one first has to rule out reflux disease. One also has to perform an upper endoscopy to see if there are any eosinophils present.

Having said all that, though, the process is definitely not perfect. 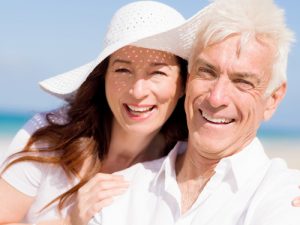 Bottom Line: Inflammation, from many other causes, can involve eosinophils being present in the body. As it concerns the accuracy of the diagnosis, this relies on a fairly great deal of clinical acumen and medical knowledge to get things right.

How Do You Treat Eosinophilic Esophagitis?

The first thing that you should do when you have eosinophilic esophagitis is to question the diagnosis.

Ask yourself some of the following questions to really clear things up:

I have seen many people who have symptoms of IBS, like gas, bloating, discomfort, and irregularity, who then have an allergy test and are told that they are suffering from eosinophilic esophagitis. That is not accurate.

The other concern is that it could be inflammatory esophagitis, reflux, or inflammatory bowel diseases from many other causes.

The ultimate pitfall here is that the wrong diagnosis will prevent you from accessing the best treatment for you.

For symptomatic treatment, the mainstay treatment used involves topical steroids. These are asthma medications which are swallowed, instead of being inhaled.

Conventional medicine is also known to rely on mast cell stabilizers. These decrease the amount of histamine released by the eosinophils (Cromolyn and Montelukast are the main examples of these).

They will also look at dilation in the esophagus. This is where one might stretch out the esophagus in order to return it to its original state.

Even in the conventional world, there is an understanding that dietary allergies are important to really understand and treating eosinophilic esophagitis.

This can be done through the standard tests, but this is where we can also see the rise in prominence of “elimination diets.” (Read: The elimination diet with Tom Malterre)

An elimination diet is where you cut off a wide swath of foods, and slowly reintroduce items into your diet in order to understand what causes a reaction. The problem with this diet is that they result in a large number of false positives.

The last thing that is often done is called the elemental diet, which is effective in 91% of cases.2 This is a diet comprised of synthetic carbohydrates, amino acids, fats, and micronutrients.

It does not consist of foods, but of the main building blocks that your body might need.

Key Insight: Elemental diets are not cost-effective, not pleasant, and they are not long-term solutions.

When testing for food reactions, the most common tests are based on skin reactions. In this case, skin tests are good for testing airborne allergies. It turns out, though, that they are not nearly as effective at diagnosing dietary allergies.

Key Insight: If someone were to do a dietary approach based on skin tests, they will get actionable results about 45% of the time.

The final approach is more empiric. This means that one should cut out foods which seem to have a negative effect on their health. About 72% of the time, that approach is effective. The top offending food groups are:

Bottom Line: Recommendations show that the best clarity can be achieved by eliminating one (or two) of these aforementioned food groups at a time – followed by monitoring symptoms over a three-week cycle. That is the most effective conventional approach.

There is good data saying that cromolyn sodium is a safe and effective mast cell stabilizer. While it might be a synthetic compound, it is a lot like a naturally-occurring compound known as quercetin.3 It is also ridiculously safe.

Key Insight: The drawback with cromolyn, though, is that it is quite cost-prohibitive (and often not covered with most insurance providers).

I mentioned how cromolyn and quercetin are similar and both very safe. Quercitin is non-prescription and cost-effective. The negative is that it is not absorbed well orally.

That means that if you were to take a quercitin pill, it would be unlikely to have it circulating through your bloodstream.

However, in the case of eosinophilic esophagitis, that does not matter. We do not need it circulating throughout the body, we only need it to make contact with your esophagus. So, an opened capsule or a powder may work wonders.

Bottom Line: Plain quercitin may be a good thing, and there are even human trials going on right now to determine just how effective it can be for this condition.4

There has also been some similar speculative data about the role and effectiveness of chrysin. This is another bioflavonoid, kind of like quercetin, which we can find in things like honey or passionflower. 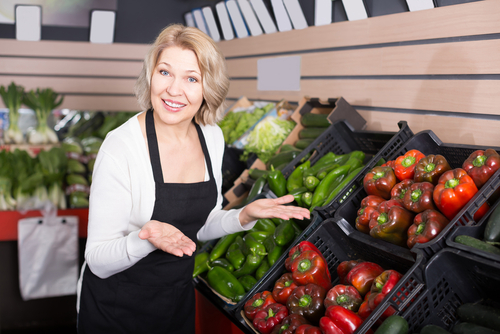 Lastly, it helps to consider some of the foods which have been known to have mast cell stabilizing properties in them. These include:

There are also some general things that we can consider to benefit us, too:

Bottom Line: There are some great options at our disposal when it comes to aiding eosinophilic esophagitis. First, though, is that you need to ensure that this is what you are dealing with so that you can make the right choices for your health and your long-term plan.

What does the future hold if you have eosinophilic esophagitis?

Most that have this do have symptoms that come and go, but a good percent can have reactive foods become non-reactive simply by following the right treatments.

Overall, we do not see signs of eosinophilic esophagitis shortening one’s lifespan, raising the risks of cancers, or causing issues further down in the intestinal tract. It is completely treatable, but it is also overdiagnosed.

So, you really need to know if this is what you are dealing with here.

Get The Bigger Picture Today

Are you concerned about the health of your thyroid? Honestly, your thyroid can tell you so much about your overall health, and knowing more about it can unlock your long-term health. Try taking the Thyroid Quiz today (Click Here), and give yourself the headstart you deserve.