Is A Paleo or Vegan Diet Better (Or Worse) For Thyroid Disease?

One of your most asked questions is about different diets, specifically for thyroid disease, and how effective they can be for your thyroid health. So I sat down and I researched it, for 2 YEARS. What I discovered is so important for your thyroid, that I wrote the Thyroid Reset Diet for you.

The book goes more in-depth into the best diet for your thyroid. Until you get a chance to read that, let’s talk about all of the diets out there, how they relate to (and influence) thyroid disease, and what you can do about it starting today. Consider getting a thyroid-specific multi that is iodine-free, Daily Reset Pack.

More specifically, I want to dive into the diet that helps illustrate this entire story. I think it is going to give you a lot of insight and information into what works, what doesn’t, and what you need to keep in mind before changing what you eat.

Breaking Down The Data

Generally, there have been conflicting diets that have been purported to help with different areas of thyroid function, which include:

Each of these diets have their own subset of people who have claimed using them to great personal effect. But, they are mutually exclusive.

That is to say that a diet like a vegan diet is a lot different from a paleo diet, so it calls to mind a lot of questions about which is the most effective.

A Quick Rundown on Diets

How could all this possibly be? I think I have a reason for it, which I will share with you soon, but here is a quick overview as to what we know about diets and thyroid disease.

I have talked before about iodine and its relevance. At last tally, there are about 130,000 published studies on iodine’s effect on thyroid function (specifically dietary effect). (Read More: The Full Story On Iodine)

For gluten diets, there is a lot of data on celiac disease and thyroid disease. In sum, there are about 120 or so studies, the bulk of them showing that celiac and thyroid disease definitely overlap (if you have one you are at risk of developing/having the other).

The question becomes: whether or not avoiding gluten helps thyroid function. That has been looked at, to this point, specifically in the celiac population. Given that population, what happens is if you’re prone to get celiac you are prone to get thyroid disease.

But, it is not so much that one causes the other. What one study saw, though, is that for those who were celiac and went gluten-free, the absence of gluten did not prevent them from developing thyroid disease (in fact, there were more!).

Key Insight: Don’t get me wrong, because those who have celiac are certainly better off when they avoid gluten. There is no debate about that, but that it didn’t change their risk of developing thyroid disease down the road.

To date, there is no clear data suggesting that gluten causes thyroid disease. While it was a hypothesis at one time, based on this observational data, follow-up studies determined that they did not have a causal relationship.

We have a couple papers tracking those who identify as Seventh Day Adventists. These tracked their rate of hypothyroidism and hyperthyroidism (comparing that against other populations).1,2

In these studies, it has been shown that those who are generally vegan have a lower rate of developing thyroid disease. This is pretty distinct.

Key Insight: By some studies, the odds for developing thyroid disease on a vegan diet may be twice as low.

How could that be, though, if the autoimmune/paleo diets are essentially suggesting the opposite?

I have heard many accounts of people who went on either of these diets, and felt better and seemingly found that their thyroid function was improving.

That said, it is a bit tricky. Rather than relying on observational or subjective data, I think it’s better to really dive into the clinical studies to see what research has found.

All that in mind, many researchers have sought to determine whether the autoimmune or paleo diet has any clear link between it and thyroid function.3

This involved having various participants start on these diets, followed by close tracking of various thyroid markers of health, which included:

They basically had participants avoid all grains, legumes, nightshades, dairy, coffee, alcohol, nuts and seeds, and processed things like sugars, oils, and food additives. It was also encouraged to enjoy some generally healthy habits.

There was also no change in thyroid function. All the markers I had previously mentioned didn’t shift for people. But, when they asked subjectively how participants felt, they did say that they felt better and that their energy levels had improved.

Lots of things are possible here. Participants could have been getting in more micronutrients, helping out with low iron, or maybe expectations. That said, we didn’t see the needle move on their scores, even if the anecdotal evidence was all positive. 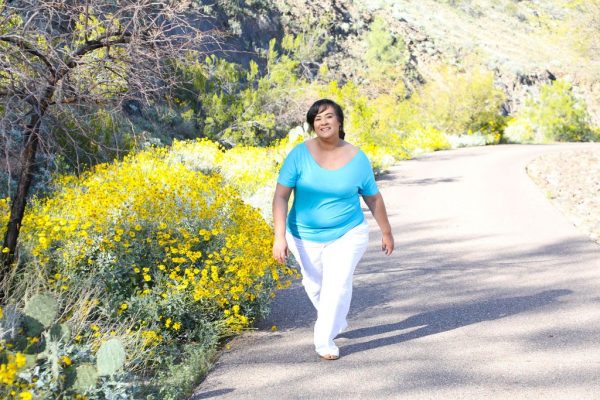 Nonetheless, all of these things are contradictory between going vegan or going paleo, and I really wanted to find the truth in all of this.

So, I tried something out. I was looking over all of these food lists that I had, and I wondered if there could be a common thread amongst all of these diets (even though they are so different in key ways).

Here was my general calculation to help figure this out: I put together a day’s menu for:

I then Googled each of these respective diets’ “most popular meal” for breakfast, lunch, dinner, and some snacks here and there.

After putting together all of these meals, I then did the math to determine the overall iodine intake to see if anything revealed itself. Here is what I found…

The above is the breakdown that I put together for a standard American diet. What I did was put together a conservation estimate for iodine intake based on the median amounts found in the listed foods (which often provide a range of possibilities).

So, while you could easily get more, you are more likely to get at least this much from this selection of foods on the average American diet.

Key Insight: The day’s intake for this type of diet could easily be around 600 mcg of iodine, and this isn’t counting a multivitamin or thyroid medication!

What we have learned about your body is that your thyroid actively gets rid of thyroid hormone, and it gets rid of a little iodine outside of your hormone. If you are not consuming less than about 100-150 mcg/day, you cannot get rid of the extra.

At this intake, this is enough to overload your thyroid with iodine, and render it unable to get rid of the excess amounts. Even a day’s high intake could lead you to toxic, excess iodine circulating and harming your thyroid.

As you can already tell, the typical day’s intake of iodine for an autoimmune/paleo diet is much lower when it comes to your iodine intake.

In fact, on most of these diets you are not likely going to come close to over 100 mcg of iodine per day.

While there is the potential for this to change if someone added kelp or had iodine supplements of some kind or another, many could end up on a low-iodine diet this way (Read More: Why You Should Avoid Iodine Supplements).

What this could lead to is improved thyroid function, not because they cut out all of these food groups, but because they ended up consuming a whole lot less iodine.

If we go vegan, we’re getting even less iodine!

That said, this benefit is not shared with ovo lacto vegetarians (those that include eggs and dairy). This is because eggs and dairy are among the highest iodine sources in the diet.

Ultimately, this distinction suggests that the inclusion of healthy plant foods and the reduction of dietary iodine are likely part of the reason that vegan diets seem to help thyroid function.

What I Discovered About These Diets

After putting all of this information together, I definitely had a bit of a lightbulb go off in my head. It started to make sense that those who had done vegan or paleo diets and felt better, we’re doing something right for their thyroid.

Of course, as I mentioned I struggled with this because paleo diets and vegan diets are pretty much on opposite ends of the spectrum. What common threads existed that could tie them together for the better of your thyroid?

The answer was iodine. As it happens, both of these diets had something in common: they inadvertently, and in most cases, ended up being much lower in iodine when compared to the standard American diet (which is far too high in iodine).

In many ways, diets that cut out highly-processed foods do much of the same thing. When you cut out foods that are premade or pre-packaged, you end up consuming a lot less iodine and feeling better as a result.

Key Insight: It is so important to remember, though, that on both paleo and vegan diets it could be very easy to end up including sea vegetables that could completely change our equation (resulting in way more iodine than you might otherwise need).

The Truth About Thyroid Diets

What I want you to know is that, if you’ve gone on a diet and it has worked for you, that is completely and totally fine.

Long term, though, the idea of being on restrictive diets can be challenging (and potentially damaging). Food categories are important, and the fewer categories you allow yourself to eat, the more probable you are to run into some sort of trouble.

That’s because each of these categories has something to add which is distinct from the others. Variety is important, both within categories and among categories, too.

We know this, especially with plant foods. The more types of plants we consume have a direct correlation to the types/amounts of fiber we are consuming.

Overall, the best diets are the ones that take into account a lot of varieties of food categories, within those categories, and deliberate or cautious in terms of overall iodine intake.

Do You Want To Start Down The Right Path?

Your thyroid is the key to your overall health, so it makes sense that you take the right steps to keep its well being in check.

If you’re concerned about the state of your thyroid, I would love for you to take the Thyroid Quiz (Click Here: Take The Quiz Today) today. It can show you where you are currently at, and what you can do to start feeling better right away.