Is It Depression Or Hidden Thyroid Disease?

You might be struggling, and you might be looking for answers – today, I would love to be able to help you with both. If you feel like you are dealing with depression, it helps to get to the bottom of things. To know whether it’s depression, or even hidden thyroid disease.

Let’s talk a little bit more about that right now.

Early on in my medical career, when I was still in medical school and undergoing my residency, I happened across a paper. It was one that strictly dealt with the relationship between thyroid hormones and depression.

This paper was fascinating for many reasons. It looked at a group of patients who were suffering from major bouts of depression and were not responding to multiple treatment attempts.

They had been given a couple of different medications, undergone talk therapy, and nothing really seemed to be working. Their depression simply was not budging.

Therefore, this group was taken and ultimately screened for thyroid disease.

Of those diagnosed with thyroid disease, they received treatment. The remaining participants received thyroid treatment, too.

Over the next year, the vast majority of those studied had enjoyed a remission of their depression.

These are folks who were not responding to treatments for depression and were not diagnosed with thyroid disease. That said, this treatment helped.

Looking back on it, I do think that more people studied would have thyroid complications were they assessed more closely (rather than the smaller amount that was officially diagnosed as having thyroid disease). 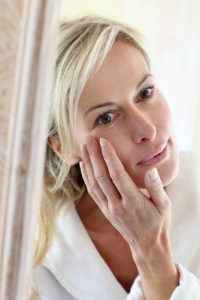 Taking my own clinical experience into account, I want to tell you about Joanna.

She had been seeing me early on for depression. This was back before I had honed in on treating the thyroid and understanding all that I do now about thyroid disease.

Joanna had been suffering from depression pretty much her entire life. This resulted in numerous rounds of therapy for depression. At one point medical professionals believed that she had bipolar syndrome (which resulted in her being put on lithium therapy).

After she was put on lithium therapy, Joanna developed hypothyroidism.

What you need to know about lithium is that its effects can be felt in changing brain chemistry. This is in order to decrease quick nerve conduction (for those that deal with highs and lows, it can have a levelling-off effect).

Key Insight: The key here is that lithium is also a competitor, along with your thyroid, for iodine absorption in the body. It is pretty well known that lithium slows the thyroid.

For some, lithium may slow down the thyroid, resulting in giving up on the lithium. Which, after stopping treatment, simply allows the thyroid to return to normal. This is not the case for all patients, though, especially for those who are immune to autoimmune thyroid disease. 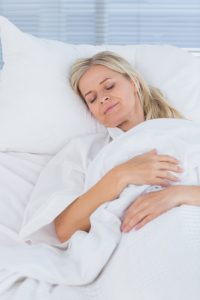 Bottom Line: For Joanna, this meant starting thyroid treatment while she was on lithium therapy and continuing on that same treatment. Even when her lithium treatment stopped.

She had tried things like selective serotonin reuptake inhibitors, which you might know now as prozac, but they proved unhelpful.

She had also received electroconvulsive therapy (what we might know as shock treatment), which was just as ineffective.

When she first came in, Joanna’s first concern was depression, and she happened to also be on T4-only therapy for hypothyroidism.

This is when we opted for a comprehensive thyroid treatment, including: 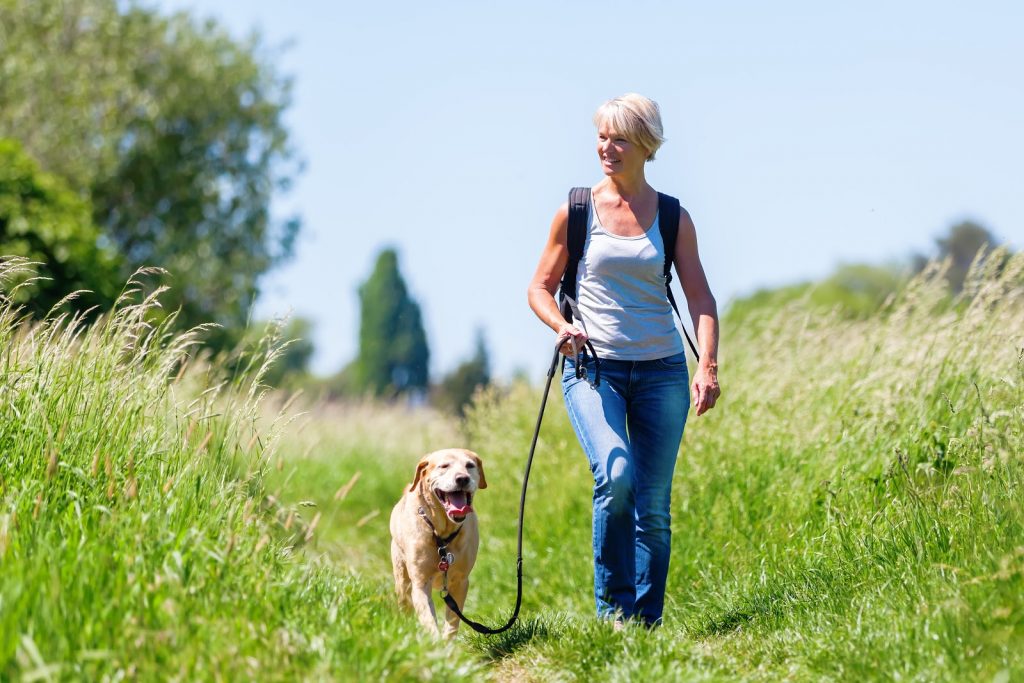 Key Insight: This entire comprehensive treatment helped her depressive systems drop by 90% throughout the course of that first year (by her own judgement).

I happened to come in contact with Joanna many years later, and she had noted how she was remaining depression-free for about 25 days out of the average month (30 days).

There are some days that are not as ideal as others, but on the whole she feels that depression is no longer an issue for her in her life any longer.

Bottom Line: What can we take from Joanna’s experience? Well, she had tried everything, and nothing was working. She only stumbled into treating her thyroid based on exposure to lithium. But, a comprehensive thyroid treatment helped her deal with her symptoms. To this day she feels better than ever.

Your Thyroid Levels and Mood Symptoms 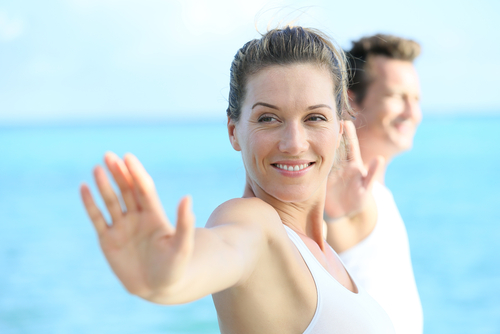 So, where is the connection between your thyroid hormone levels and your mood symptoms? How can we make sense of all this?

It all comes down to this: Your thyroid hormones essentially govern how well your body’s cells can create energy.

Your brain is super unique. It is a high-performance engine that keeps your body humming, from head to toe! For this reason, we can understand why it needs to use a lot of energy per body mass.

If there is something wrong with using the fuel, the brain is especially vulnerable. When thyroid hormones are not correct, the brain is one of the first places which takes that trauma.

One of the things that I would love for you to understand is that it is not about having more or less. Instead, it is about having things “just right.”

In fact, we have seen plenty of papers suggesting that there are complications which arise from too much thyroid hormone. These are often just as bad those suffering from too little.

The Problem with “More”

People often think that when there is a problem with hypothyroidism, then you can fix it eventually by simply adding more thyroid hormone.

The sad thing, though, is that when you go above the body’s needs like that, even by a little bit, you set the stage for thyroid hormone resistance.

In fact, you make the body block thyroid hormone and eliminate it faster and not use it as readily. That can have a long-lasting negative effect on the brain.

The other thing is that if there is too much hormone for the brain, we can see symptoms overlap between depression and anxiety.

Bottom Line: It is not simply about “putting more thyroid in” to help deal with depression. Instead, it is about dialing in your treatments in order to hit that sweet spot – where “just right” turns into feeling alright.

I just wanted to quickly touch on some of the research currently being done on thyroid levels and depression, which may be of use to you and your knowledge…

One study that I found particularly fascinating had to do with high levels of thyroid peroxidase antibodies in early-to-mid pregnancy. This correlated with a higher risk for postpartum depression in these same women.1

There are not a lot of cases where these thyroid antibodies are beyond diagnostic of Hashimoto’s disease. If they are there, we have Hashimoto’s, but their absence does not rule out Hashimoto’s entirely.

Apart from this, though, there is not a lot of data which suggests that they are inherently harmful on their own.

If someone had a structurally-sound thyroid, their levels were healthy, and they were doing all the right things, but their antibodies persist, is that a danger to their health? There really is nothing that suggests that it is at this moment in time.

This data, though, runs against that. It shows that if these levels are high in the early stages of pregnancy, we may well encounter higher risks of postpartum depression thereafter. There has also been data on these same antibodies that also suggests they affect fertility.2

If you are on the high-normal side of TSH, that is a risk factor for depression that you might have not previously considered. In fact, one study looked at around 13,000 people to better understand and establish this connection.3

An equal mix of men and women, between the ages of 17 – 84, were evaluated with a symptom score based on their answers to a “Beck Depression Survey” (which results in what we call a Beck Depression Index, or BDI).

Based on their score, these participants were ultimately organized into groups. Afterward, they began correlating TSH levels to see if they could draw any conclusions. They organized them as follows:

Key Insight: What these researchers found was that the higher the TSH, the greater the risk was for depression in that population (for both genders).

A different study found that once the TSH dropped below a certain level, 0.4, then we eventually saw a higher risk for depression.

This condition in question is what we call subclinical hyperthyroidism (Should you ignore your TSH). These are folks who have a lower TSH, but they have no elevation of T3 or T4, and no obvious symptoms.

Bottom Line: When it comes to your thyroid, more is not better. A little bit too much can feel just like too little – in terms of depression.

Your thyroid values are so important, so please consider what it takes to dial them in correctly today – starting with one of my favorite programs…

Thyroid As An Adjunct

Thyroid treatment has been used more widely in psychotherapy as an adjunct treatment. In many cases, those who are depressed and are not responding to treatment quickly enough are simply given thyroid hormone.6

While I do think that the intent is noble, and if it works that is great, but I would argue that the best approach is likely to screen patients more closely (and really get a handle on their thyroid and what they need beyond increased doses of thyroid hormone).

Those that are found to have early Hashimoto’s deserved to be treated comprehensively, and they should be at this particular stage. It takes the whole gamut to make a difference, so that:

Bottom Line: The same things that give rise to Hashimoto’s disease are not doing other aspects of your health any favors. They can still create other risks, which is why it always comes down to finding root causes and addressing them clearly and comprehensively.

Getting To The Root Of Depression

Did you know that your thyroid could be affecting your mental health?

Now that we have learned a little bit more about depression, and how thyroid disease might just be the root causes, it is time to gain a better handle on your thyroid more generally.

Please take the Thyroid Quiz (Click Here) today, and gain a better understanding of what it means to live your life to the fullest (and in good health).